What Programming Language to Choose for Developing A Mobile Application? 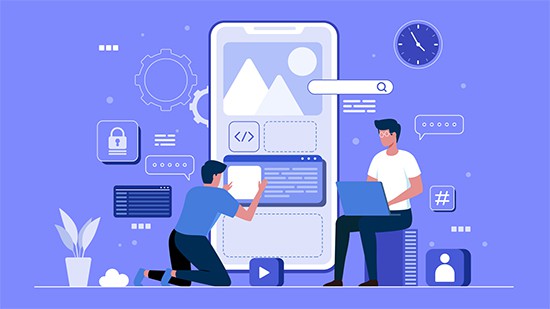 There are many programming languages, each of which is focused on performing specific tasks for specific devices and software. The task of the development team is to choose a language that can solve all the problems of the project. Let’s look at the features of the most popular languages.

Swift is used to creating applications and systems for iOS. This language was developed by Apple. Swift is the successor to the Objective C programming language, so it has the benefits and new features that make it easier to write code and develop systems.

Objective C is a programming language based on C and Smalltalk. It was used back in the 80s of the last century, and in 2008 Apple created the iPhone SDK 2.0 extension for writing applications for iOS devices. Initially, Objective C was considered an add-on to the C language, but with the growing popularity among NextStep and Apple, this language became official for developing applications and interfaces for iOS.

Objective C is used to support obsolete legacy projects that are no longer updated but are in the works as needed. This is due to the fact that the more advanced Swift language, released in 2014, does not have the disadvantages of Objective C and is used much more widely.

Kotlin is the main application in Android development, which is used by 5 million programmers in the world. The language runs on the basis of the JVM virtual machine, therefore it is fully compatible with Java. Kotlin is 40% more compact than Java, which is why it is increasingly used in server-side development.

To create not only Android applications but also programs for iOS, the cross-platform version of Kotlin Multiplatform Mobile (KMM), created in 2020, is used.

Java is the most popular language for writing Android applications until 2018. More powerful versions came out after this year, so Java is now used to support legacy projects that don’t need a major upgrade. The language is used for backend development, but new programs are being created on it less and less.

Dart is a universal programming language created by Google in 2011. Dart was originally created for developing web applications, but now you can write server and mobile applications on it.

Changes have been possible since 2017, when the first version of the Flutter cross-platform technology was created. This open-source framework is used for programming on Android and iOS, desktop applications on Windows, macOS, and Linux, and the main programming language there is Dart.

Developers choose Flutter and Dart because they do not have the bugs of Kotlin, and Swift, but they adopt their advantages and best features. Flutter is one of the most popular cross-platform technologies today, just like React Native, Xamarin, and Angular.

To decide on the choice of a programming language for a mobile application, it is necessary to take into account the characteristics of the target audience, the goals and objectives of the project, and the operating system. A comprehensive analysis of all factors will allow you to choose the appropriate programming language and achieve success. Professionals from Perpetio will help with this task. Since 2014 Perpetio has been offering its own in-house team that covers the full cycle of product development – from UI/UX design to release and technical support, for a variety of mobile platforms.

PrevWhy You Should Find a Software Development Agency to Get Your Work Completed Effectively
Your Data Is Insecure Online: Here’s How to Block IntrudersNext