After a late update, Facebook finally integrated the chat feature in its official Facebook for Android app. For those of you happy with the chat feature in the official Facebook for Android app, this post won’t serve much purpose. Be it my personal opinion, but I don’t think Facebook has done enough justice to its official app for Android. New features as they are rolled, don’t come live for all the countries. Take the example for Facebook “Places”, which was rolled out in the update for official app for Android, but is still not live for countries like India. Even the push notification for the app doesn’t work well on Android devices. The minimum refresh interval for notifications is 30 minutes. So that leaves me with no option or to continuously check and refresh the app on my Android phone (HTC Wildfire), if I don’t want to loose any notifications.

Same is the case with chat function in the official Facebook for Android. I get the chat notifications (sometimes), but when I click on them it doesn’t take me to the actual chat conversation, but to the notifications list (pretty much annoying). Even if I leave the chat function working in the app for sometime and minimize it, I lose many chat notifications. All these reasons compelled me to try out some of the alternative apps for Facebook chat for Android:

Go! Chat was the app I was using on my Android phone, before the chat function was rolled out to the official Facebook app. The login and authentication worked fine for me on Android 2.1 (Eclair), but after I upgraded to Android 2.2 (Froyo) I faced some problems. Apart from this glitch, the app works just fine. It is a simple app with one of the best UI and smiley support. You can install it from here.

SimpleChat for Facebook is just a simple app that works. The UI is simple and the authentication and login work out of the box. Apart from that, there are no special features in the app. You can install it from here.

This is another app for Facebook chat on Android, that caught my attention. There are two options for authentication and login: either grant permission to the app for login or with Facebook nickname and password. The app supports group chat functions. The UI is nice but the fonts are bit too small. One main thing is that when you click on a friend to chat, you do not get a chat box to type your messages. But if you click anywhere in the window, your Android keyboard pops up and when you start typing, the messages are displayed in a nice overlay manner. You can install it from here.

Fring is the first app in the list of all-in-one IM apps for Android. It supports Facebook chat too. The main advantage of Fring over other such apps is that, it provides options for free and flawless video and voice chat. You can install it from here.

AIM IM for Android let’s you talk to your friends on Google Talk, AIM and Facebook. It also lets you check-in with Foursquare or post updates to Facebook and Twitter. You can also send free text messages from this app. You can install it from here.

I have not included other all-in-one IM apps like ICQ, IM+, eBuddy, Palringo and so on in this list. These apps work as well for Facebook chat on Android. But the ones I have mentioned, worked quite well for me.

Do you use any other Android app for Facebook chat? Do you also face problems with Facebook chat from the official Facebook for Android? Do let us know in the comments. 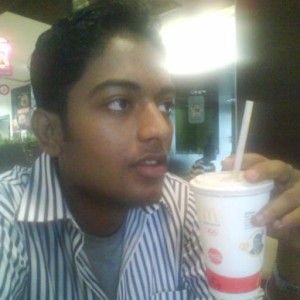 PrevWhat is An EOR? 4 Crucial Benefits of Hiring An Employer of Record
Download Windows 8 Theme for Windows 7Next