Microsoft Windows is infamous for its blue screen error that restarts your windows due to an issue in your PC. There are several errors and reasons which can cause a BSOD or blue screen of death on your computer. Each error has a specific code which is shown on the blue screen so that the user can know what resulted in BSOD error. One of such errors which can cause BSOD on a Windows computer is THREAD STUCK IN DEVICE DRIVER ERROR. What is Thread Stuck in Device Driver Error?

Thread Stuck in Device is a BSOD causing error found in Microsoft Windows versions like Windows 8, 8.1, and Windows 10. This is an error which caused due to issues between the drivers installed on your PC and the hardware components which you are using. It happens when the drivers installed on your PC enter an endless loop where it is waiting for the hardware components to come into an idle state. Because of this loop, thread stuck in device driver crashes your PC, and the user gets a blue screen error.

How to Fix Thread Stuck in Device Driver Error?

Since this is a BSOD error, it is not easy to fix the exact issue which is causing this error on your PC. Due to this, there are multiple fixes for the Thread Stuck in Device Error, and you have to try all of them to successfully get rid of this error from your computer. Each of the given solutions has a different method of fixing this issue so if you’re also facing this issue on your PC, then make sure to go through all of the fixes mentioned down below:

RELATED:  10 Interesting Uses Of VPN Services You Might Not Have Thought Of

Because this issue is related to hardware components and their specific drivers, usually this error is caused by your computer’s graphics card like Nvidia or AMD cards. So, the first thing to do if you’re getting this error on your PC is to update its driver to the latest version. You can update your graphics card’s driver using Windows device manager by following these steps:

If you are using a very old BIOS for your PC’s motherboard, there are chances that it is having issues with the current version of Windows.

Scan and Fix Windows System Files on your PC

When your PC gets turned off abruptly, it might end up corrupting the system files of your computer. And in some cases, this will make your PC to show multiple errors to the user including the Thread Stuck in Device Driver error. In that case, you can Windows‘ feature to easily scan for any damaged system files as well as to fix them. You can do so via the command prompt on your PC by following these steps:

RELATED:  Fix Something wrong when loading the DC_WFF.dll Error on Windows 10

Apart from being caused by drivers and other software issues, the Thread Stuck in Device Driver can also persist in a PC due to hardware failure. There are mainly two possible hardware failures which can cause this issue on your computer. The first one is your computer’s power supply as if it’s not able to provide sufficient power to the different parts of your PC, you might start seeing similar BSOD errors. second is if your computer’s graphics card has been damaged, you might also start getting blue screens on your PC. In such cases of hardware problems, you can either replace the faulty components using RMA by yourself or take your PC to your nearest PC repair center to get it fixed.

We hope that you’ve successfully fixed the Thread Stuck in Device Driver Error blue screen error on your Windows 10. We are pretty sure that at least one of the fixed mentioned above has worked for you and you are not getting a blue screen due to Thread Stuck in Device Driver Error. In case you liked this article, then make sure to share it on social media. If you have any doubts regarding the backup process, feel free to ask any queries in the comments section below. 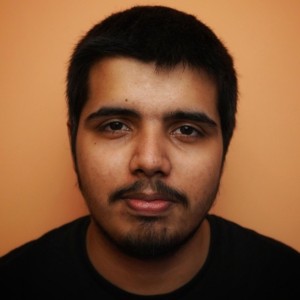 I am a tech enthusiast who loves playing with tech and write about it as well as make YouTube videos related to that. And I play games on my PC in my free time.

PrevHow to Fix “There Was A Problem Resetting Your PC” on Windows 10
What is “This App Can’t Run On Your PC” Error?Next